“It’s a bread meant to be eaten fresh out of the oven,” says Bruna Piauí Graf, founder of Bruna’s Cheese Bread. “It can be good later, but I don’t suggest that.” Brazilian pão de queijo — or cheese bread — are savory puff pastries made with gluten-free tapioca flour and cheese. They’re served everywhere in Brazil, and now, thanks to Graf, here in Denver, as well.

Graf says she started Bruna’s Cheese Bread because she couldn’t find good pão de queijo in Denver. In 2019, she used the bread as inspiration for a food truck serving Brazilian sandwiches. But when this year’s pandemic ended plans for owning the food truck, Graf turned to selling the pre-made dough as it’s often found in Brazil: frozen and ready to be baked in the oven.

Pão de queijo originated in the Brazilian state of Minas Gerais. The key ingredient, tapioca flour, comes from the yuca plant found there. Yuca (different from yucca) is a starchy tuber long used by Brazilian indigenous peoples to make bread. The process of extracting the flour involves peeling and grating the tuber, soaking it and letting it dry. When colonizers brought enslaved African people to the area, they learned to use the leftover tapioca starch to make their own bread, subsidizing the meager food they were given.

Years later, in the ninteenth century, Minas Gerais became known for producing a hard, salty Minas cheese. The cheese, plus milk and eggs, was added to the pão de queijo recipe, and it soon became a national delicacy.

Graf remembers eating pão de queijo while growing up in Barau, Brazil. “I would always go with my friends and family as a teenager to this [cafe], and it’s still there, and they’re still doing the same thing, same corner,” she says. “It’s always full of people, full of families with kids. [It’s where] a lot of friends come to eat and hang out and talk.”

In Brazil, she continues, pão de queijo is often eaten with coffee, either for breakfast or for afternoon teatime. It’s so popular that it’s on the Brazilian Starbucks and McDonald’s menus, but it’s also found frozen in grocery stores, ready for baking. And frozen is the way Graf is selling the bread here.

She admits that it was never her intention to start a cheese bread business in the United States. Graf moved to Golden in 2014 as an au pair — an exchange program through which young people work as live-in nannies in another country in order to improve their second language. But two years later, she met her husband and decided to stay. She then began to work at a Brazilian steakhouse and noticed how much customers loved the bread.

“They would get so excited, and they would go there just to eat the bread,” she remembers. But aside from the steakhouse, she didn’t know of anywhere else to find it.

The food truck idea came next, and in 2019, she started serving not only bite-sized pão de queijo, but also larger buns made from the same ingredients. The larger pão became the base for Brazilian sandwiches filled with creamy chicken, steak and cheese, and mozzarella with a green garlic sauce. She took the food truck to various farmers’ markets and events, and even did pop-ups in offices.

Graf currently makes all of her dough by hand, but she’s waiting on machines to help her mass-produce the pão de queijo to sell in grocery stores.

After the pandemic closed down those offices and canceled events, Graf realized that she didn’t have the funds to buy the food truck she’d rented the year before. But she thinks that solely selling the dough is a great alternative, because it’s easy for people to cook at home.

“People know Bruna’s because of the food truck,” she says, and they want to know when she’s going to start selling sandwiches again. However, Graf doesn’t plan on opening the food truck any time soon. Instead, to help customers find cooking inspiration with the pão de queijo, she’s added recipe ideas on her website. She suggests smoked salmon and cream cheese sandwiches, a guacamole dip and dulce de leche buns. “Anything you can do with a normal bun you can do with the cheese bread,” she explains. “The only difference is that you’re going to bake it and then eat it fresh.”

Currently, Graf makes all of her cheese bread by hand, but she’s waiting on machines from Brazil to help her mass-produce the recipe. Then she hopes to make the pão de queijo available in grocery stores. In the meantime, you can order on the Bruna’s Brazilian Cheese Bread website and have the bread delivered, or find her at select farmers’ markets (also listed on the website). 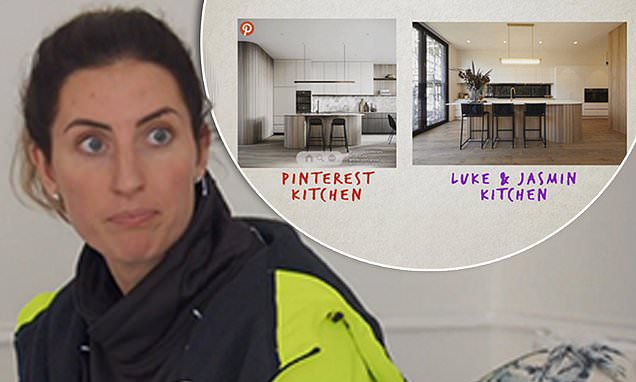