Frances Dewing, right, with her sister at a carnival-themed birthday bash. (Photo courtesy of Frances Dewing) As CEO of a cybersecurity company that’s raised nearly $15 million in funding, Frances Dewing has a surprising confession to make. “I felt very guilty about liking business,” said the co-founder of Seattle-based Rubica. […]

As CEO of a cybersecurity company that’s raised nearly $15 million in funding, Frances Dewing has a surprising confession to make.

“I felt very guilty about liking business,” said the co-founder of Seattle-based Rubica. “I’ve always had a social justice kind of pull.”

Dewing, who holds a law degree from the University of Washington, worked for a nonprofit legal aid program early in her career and was involved with immigrant advocacy and street youth while in law school. But Dewing was frustrated by inefficiencies in the not-for-profit sector. She didn’t like the limitations that came with having to ask people for donations in order to get your work done.

So Dewing took a role as chief operating officer for Concentric Advisors, a company providing physical and digital security to prominent and high-net-worth families. She started the cyber division at Concentric and realized there wasn’t a cyber security tool available that met individuals’ needs. To fill that gap, she helped spin out Rubica in 2016 as its COO, taking over as CEO two years ago. The company pitches itself as a security solution for people’s private and professional lives that’s accessible for non-tech experts.

At Rubica, Dewing takes pride in building a strong, supportive company culture. She saw evidence of her workplace community following the death of George Floyd in May and the mass protests against police brutality. The Friday after Floyd’s death, Dewing turned Rubica’s routine all-hands meeting over to discussion about the tragedy and racial inequity.

“Everyone shared really personal stories,” she said, “and they clearly felt really grateful to have work be a safe outlet for them.”

Hundreds of business leaders joined the coalition, Dewing said, and more than 80 signed the letter to Durkan, including CEOs of some well known Seattle startups. She’s now partnering with Cindy Bright, a local community activist, to help local leaders better understand persistent issues in the Black community, including a lack of pay equity, voting rights and police issues. The coalition is urging companies to set goals for addressing some of their own equity issues.

“I often say that I want Rubica to be a platform for social change,” Dewing said, as much as a business selling cybersecurity. “Doing good in the world doesn’t have to look one way.”

We caught up with Dewing for this Working Geek, a regular GeekWire feature. Continue reading for her answers to our questionnaire.

Current location: I’m currently typing this while sitting on the bank of the Snoqualmie River. Normally, you’ll find me in my house in Seattle.

Computer types: I have both Mac and Windows computers for testing. But all my day-to-day activity is on a Mac.

Mobile devices: Google Pixel and an iPhone. Between phones and computers, I have all four major platforms covered!

Favorite apps, cloud services and software tools: I’m pretty practical so I like apps and tools that help me work efficiently (and securely): LastPass, Confluence/Jira, Tresorit. On the personal side, I’ve been using iMovie and iNaturalist during quarantine (to make funny movies with the kids, and identify plants on hikes).

Describe your workspace. Why does it work for you? I mostly just work from the kitchen table because there is lots of natural light and I like a large, clean space to spread out. (Despite all of my devices, I still take a lot of physical handwritten notes!) The best part about my workspace is all the kid-art I have around me for inspiration.

Your best advice for managing everyday work and life? I calendar and write everything down. It helps me both keep track of to-do’s and also forces me to schedule time for breaks and non-work things. I have a high work capacity and can focus for hours without taking a break. But then, later, I will realize how exhausted I am.

So, I literally schedule time for exercise and breaks during the weekdays. I also try to talk to at least one friend on the phone every week, even if it’s just for a few minutes. I’ve realized how important that non-work social interaction is for me, and it’s what I miss most in the COVID-19 era.

Your preferred social network? How do you use it for business/work? I’m not big on social media. I basically only use LinkedIn.

Current number of unanswered emails in your inbox? 23. I like having a tidy inbox, but I also use it to track things I need to do. Sometimes I will read an email and then mark it as “unread” so I know I need to come back and replay or take an action related to it.

Number of appointments/meetings on your calendar this week? 30. Mix of internal meetings, sales webinars/presentations and podcasts/interviews.

How do you run meetings? Depends on whether the purpose of the meeting is brainstorming, decision-making, or informational. Tactical meetings have a clearly stated purpose and agenda to be effective and efficient with time. The point is to leave with clear action items or agreement on a topic.

In a brainstorming meeting, I try to talk less and only ask questions to prompt discussion, since the point is to generate ideas from the team, not from me. I’m also not always the one running meetings, which I think is important. Especially, if I’ve delegated decision making to someone else, then I may just be there to listen.

In all meetings, I always leave time for people to challenge assumptions and offer a different opinion. I really believe in the value of dissent and diverse perspectives in reaching the best outcome. I would be very concerned if everyone just agreed with me all the time.

Everyday work uniform? My go-to is jeans and my Rubica t-shirt. But I’ve been dressing up more since being 100% remote. I find it helps me get into work-mode and makes me focus. I’m a huge fan of Armoire for work clothes.

How do you make time for family? That’s the one benefit of quarantine: no travel and fewer outside commitments. Evenings and weekends are all about family time. We spend a lot of time outside, ideally on the water somewhere like the Snoqualmie or Skykomish rivers. My family is both competitive as well as creative, so we do everything from making up songs and puppet shows to an intense round of cards or board games.

Best stress reliever? How do you unplug? Exercise and time outside are my main stress relievers. I like high-intensity workouts, like Crossfit or basketball. The physical exertion makes it impossible to think about anything except the present. If I just go jogging, my mind will still be thinking about work. To totally relax, you’ll find me out on the water or in the woods, away from the city. That’s where I really reset. I also find it relaxing to play piano.

What are you listening to? Pianist and vocalist Margaux LeSourd, Sia, Chris Cornell, hip hop’s Run The Jewels, and Rage Against the Machine are always on my playlist. Recently, I’ve also been listening to some old favorites, like The Pharcyde, Queen and Latin rockers Maná. I have an eclectic taste in music!

Daily reads? Favorite sites and newsletters? I try to read news from at least three different sources with different political slants. For my daily cybersecurity reading, I like Krebs on Security, DarkReading, Threatpost, Hacker News and Wired. I’m also on Reddit a lot.

Book on your nightstand (or e-reader)? I was an English Lit major in undergrad, so I have a random mix of novels and security/privacy nonfiction. I’m finally working my way through “The Age of Surveillance Capitalism” by Shoshana Zuboff, and I just re-read “Things Fall Apart” by Chinua Achebe and “Midnight’s Children” by Salman Rushdie.

Night owl or early riser? I’m grumpy in the morning. Definitely not a morning person. But I’ve trained myself to get up early now and I’m admittedly more productive when I start the day early. Left to my own devices, I would probably sleep until 9 a.m. at least.

Where do you get your best ideas? I get the best ideas at the most inconvenient times — like when I’m about to fall asleep, in the shower, while driving. I have tons of illegible scribble on receipts and scraps of paper because of this.

Whose work style would you want to learn more about or emulate? Probably Barack Obama. If you’re someone with integrity (who is really trying to uphold the public interest), holding a high-visibility political position would be the most difficult job in the world. There are so many stakeholders and considerations to balance, no decision is ever clearly the right one, there are huge consequences and no re-dos, and everyone is watching every move, scrutinizing every gesture, and picking apart every word you say. I would be fascinated to hear the unedited version of how he approached his work day, how he made decisions, and how he balanced the public-facing and internal-facing parts of the job.

Fri Oct 2 , 2020
The new firm will be headquartered in Chicago and continue to operate a series of investment funds with Boca Raton, Fla.-based Kayne Anderson Real Estate, which has served as MBRE Healthcare’s financial partner in owning and managing 20.5 million square feet of medical offices and other health care facilities across […] 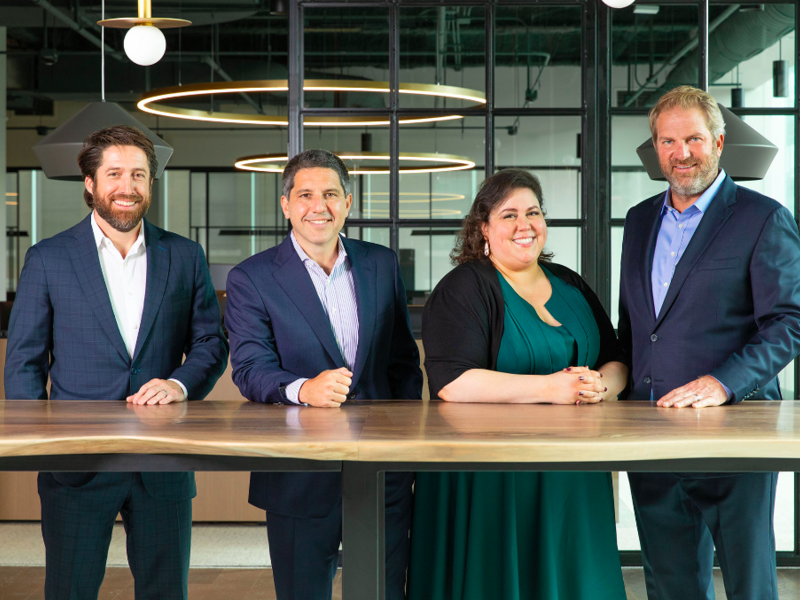