Presenter Ben built a play area for his daughters (Picture: Simon Eldon) As a presenter of the long-running Channel 4 show A Place In The Sun, Ben Hillman is used to helping homeowners visualise a property’s potential. But with lockdown grounding flights, Ben finally got the opportunity and time to […]

As a presenter of the long-running Channel 4 show A Place In The Sun, Ben Hillman is used to helping homeowners visualise a property’s potential.

But with lockdown grounding flights, Ben finally got the opportunity and time to finish off his own dream home renovation project in Shoreham-by-Sea – and save a lot of money in the process.

Since buying it in 2016, Ben and wife Gaby have been slowly renovating their 1934 semi-detached, four-bed. Ben had spotted the house online while in Costa Rica and checked out its potential for extension and renovation by looking at Google Earth.

The couple were quick to add a wraparound extension downstairs. With that complete and the new, enlarged kitchen created and finished by Ben, there were a multitude of smaller jobs to complete, including a mammoth upstairs bathroom project budgeted to cost £15,000.

When the pandemic struck, Ben realised he needed a whole new approach.

‘We had been saving money for the bathroom but spent that money on shopping,’ he says. ‘I had spent so much money on the house [in the past] but lockdown made me reassess what money I’m chucking at it. We went from spending £15,000 on a bathroom to £500. But even though it’s super-budget, it’s great, and just as pleasing. Lockdown has taught me to be more inventive.’

Out went plans to knock the bathroom, shower room and hall into one larger space with a freestanding bath. In came a self-fitted plywood birch floor and a birch plywood shelf with birch wood bath panel.

Ben also managed to update the UPVC window using a new paint from Zinsser, which allows people to turn the frames any colour. Created on a fraction of the original budget, the bathroom works well with the rest of the house.

Over the years, the property has gathered a mishmash of styles, from art deco to arts and crafts, and apart from removing two ugly fireplaces, Ben has kept the original character.

The living room’s Crittall-style windows evoke 1930s factories and warehouses, with good quality replicas of classic mid-century Eames pieces from Onske and Wishbone-style dining room chairs from Cult Furniture. Ben has also resisted the temptation to knock out all the walls and make it fashionably open-plan.

Instead, the spaces connect, but are left separate. Cleverly, the new part of the house has been treated to concrete tiles to differentiate it from the herringbone, older sections. ‘I don’t think it’s something anyone would actually notice but I like these details,’ laughs Ben.

Making a living from travelling and looking at houses, Ben says he picks up a lot of ideas. ‘I bring the influences back. The whole house is an amalgam of my travels around the world. I’m conscious that open-plan doesn’t always work that well, from the noise to having no place to hide. It’s not what I wanted here. I made a clear distinction between older and newer spaces.’

Aside from the extension and those jobs essential to leave to a tradesman, Ben has done everything himself. The kitchen looks ultra-modern in bright turquoise and is a reference to Ben’s nearby hometown of Brighton.

‘It’s a kick-ass colour and looks really modern too,’ he says. ‘I built all the cupboards and cabinets myself out of MDF. If you can cut a straight line, you can do what I’ve done in the kitchen.’

The Ben-made central island also features a novel book and magazine rack. There is even a secret door, disguised as a cupboard, from the kitchen leading onto a utility room. ‘It’s a speakeasy utility room,’ says Ben.

Inside is a small bathroom with some Mini Moderns Whitby wallpaper, almost too good to be tucked away.

It wasn’t just the indoors that got treated to this lockdown spree. At the front, a new pathway curves around Mediterranean flowers before it gets to the house. ‘It’s planted in a way people can’t take shortcuts to the house. You must enjoy the experience!’ Ben laughs.

At the back is a modernist structure, which wouldn’t look out of place in the Hollywood Hills. During lockdown, Ben built a climbing wall and play area for his two daughters from tanalised and weatherproof pine strips.

‘I wanted it to look like a bit of garden architecture and not just a climbing frame. It grew from there and now we have a modernist cube,’ he says. It may have cost around £1,200 but Ben and his daughters love it, so it was money well spent.

‘They are my DIY girls and join me on my adventures. During the build I did the Place In The Sun walk round with them, saying, “Imagine how it’s going to look like when it’s finished.”’

All of these projects are essential for keeping Ben’s body and mind busy. ‘I do need projects to keep me going. What puts people off is spending a fortune on tools but you only need a basic tool kit and there are plenty of little projects you can do. It’s little simple changes that make a huge difference, lift your mood.’

Now the house is almost complete, is it time to down tools yet? ‘It was to be a forever home. I could be comfortable here until I kick the bucket You do a project, exhaust yourself and then have energy for something new. The dream now would be a plot of land and build from scratch.’

Garden Gaming: ways to transform your garden into a playground

Get in touch by emailing [email protected]

MORE: Experts share easy DIY changes that could add up to £30,000 to the value of your house

MORE: Mum transforms three-bedroom house into a groovy shrine to the 1970s for just £1,500

Get all the need-to-know property news, features and advice from Metro every week.

Wed Oct 14 , 2020
LEXINGTON, Ky. (WKYT) – After several reports of people not wearing facial coverings at outdoor events, there seems to be a mask misconception that local health experts are trying to clear up. “I think there’s a feeling that you’re outside, you’re in your own seat, that there may be enough […] 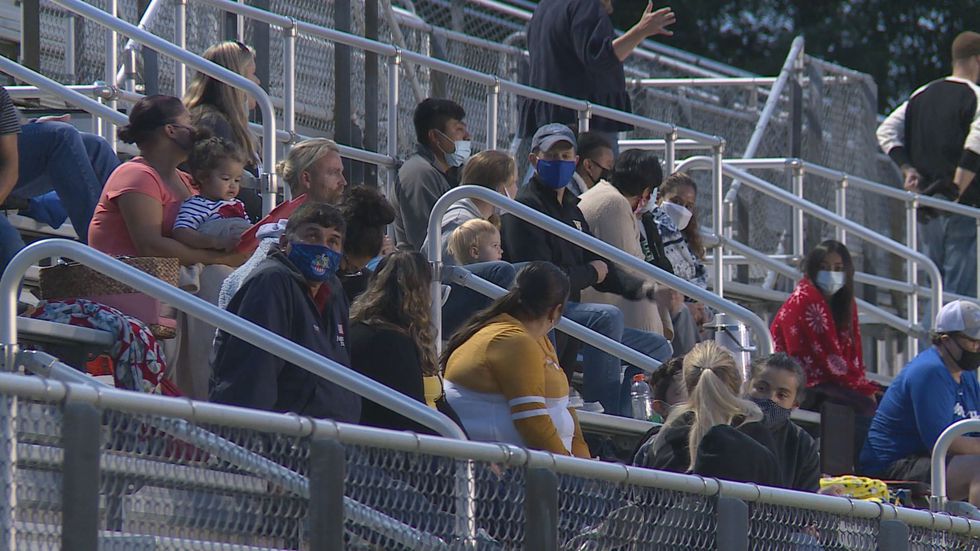