© Celeste Noche / EPDX The entrance to Sunshine Noodles In June 2020, Revelry chef de cuisine Diane Lam and bartender David Sigal moved into the kitchen at Psychic, a tall Victorian house-turned-bar perched on Mississippi. The plan was to host their pop-up, Sunshine Noodles, in the patio space surrounding […]

In June 2020, Revelry chef de cuisine Diane Lam and bartender David Sigal moved into the kitchen at Psychic, a tall Victorian house-turned-bar perched on Mississippi. The plan was to host their pop-up, Sunshine Noodles, in the patio space surrounding the restaurant during the day, turning over the seating area to the neighboring Mississippi Pizza Pub in the evenings. The two would only stay there until the end of the year, at which point they’d re-evaluate and figure out a next step.

Three months later, Sunshine Noodles is a breakout hit, and has grown into a much larger operation. Lam is now serving lime-pepper wings, coconut-glazed corn, and Phnom Penh noodles for dinner, both for takeout and on the restaurant’s outdoor dining area. Sigal has started serving cocktails from behind the bar, including the neon-teal Khmer Cooler with vodka and coconut rum. On certain nights, the restaurant become the home of Penh Pals, a collaborative dinner series with Lam and chefs like Eem’s Colin Yoshimoto. And now, the team has extended its stay, holding onto the bar until at least March 2021.

Part of why Sunshine Noodles “immediately feels like part of the neighborhood,” as Jordan Michelman writes in a piece for Willamette Week, has to do with its cozy-yet-hip outdoor dining space, sprawled out over various patios and dining areas. There are tables in a new sidewalk seating area along Mississippi, overlooking the sidewalk from the front yard, stretching alongside the bar. The patio is lined with plants, under a web of string lights. It seems surprisingly permanent, considering how quickly the two pulled it together. The distanced nature of the space, combined with its cheery-cool aesthetic, gives it a certain level of staying power — but now, Sunshine Noodles faces a new challenge as it prepares for colder months.

As a pop-up taking over a vacant, existing space, Sigal and Lam essentially had a blank slate to build a COVID-safe dining space. The two lucked out by scoring a ready-to-go covered patio, which gave them a leg up once the weather started to turn. They opted to go for the patio only, unless someone rented out the interior of the restaurant as a single group. With the built-in outdoor bar already available, it seemed like an obvious takeout counter; to create clear, socially distanced areas for diners, they used live plants as partitions between tables and pathways, marking safe distance for the order line with little stamped noodle cartoons. Diners had the option to scan a QR code at the entrance of the ordering line, or to take a look at a small mounted menu. Customers order directly at the bar, walk on a one-way path to socially distanced tables, and grab a seat. Once customers finish their meals, they can hit up the bus tubs and drop their plates. “There’s a way to make people safe, but not in a bubble,” Sigal says. “We have separate lines, one in and one out, but they’re not separated by plastic — there are plants.”

© Celeste Noche / EPDX
Lam uses sheets of canvas to create barriers between tables, which she uses to add to the Hello-Kitty-meets-Blade Runner feel

But now, Sigal and Lam are looking forward to the winter, when basking on a patio is not quite as tempting as it is in, say, early August. The menu has already shifted into cold-weather dishes, like Lam’s take on bò kho, a Vietnamese beef stew she tops with jalapeno oil and fresh herbs. It’s a dish that Lam has been playing around with for almost a year, inspired by takeout meals she ate wth her family. But beyond warming bowls of soup to eat out on the patio, Lam and Sigal are figuring out ways to make the patio more cold-weather-friendly as well. They’ve started building small greenhouse-style cubbies, made with mismatched doors and windows from the nearby Reclaiming Center. They now have individual heaters for each table and blankets customers can use — those blankets will end up getting professionally washed after each use. “The winter is going to come, so we’re gearing up for winter now,” Lam says. “We want to make it a place people want to hang out at night. We were supposed to be Hello Kitty meets Blade Runner, so nighttime fits us better.”

Down the line, the two are hoping to build out the back parking lot into a larger, heated outdoor dining room, with fire pits, a separate bar, and a waiting area. The two are considering opening up the indoor tables, but they hope they don’t have to. “We want to make [inside seating] a last resort,” Sigal says. “We want to create as many areas outside as possible — people in Portland have to get more comfortable eating outside in the winter.”

In the wake of a real estate boom, Tahoe is seriously undercounted in the census

Thu Oct 1 , 2020
Days before the Sept. 30 deadline to be counted in the 2020 Census, Tahoe communities are seriously underreported. Compared with response rates for the 2010 Census, all Tahoe communities are lagging — and so are many mountain towns across the Sierra Nevada, from Plumas County to Inyo County. Across North […] 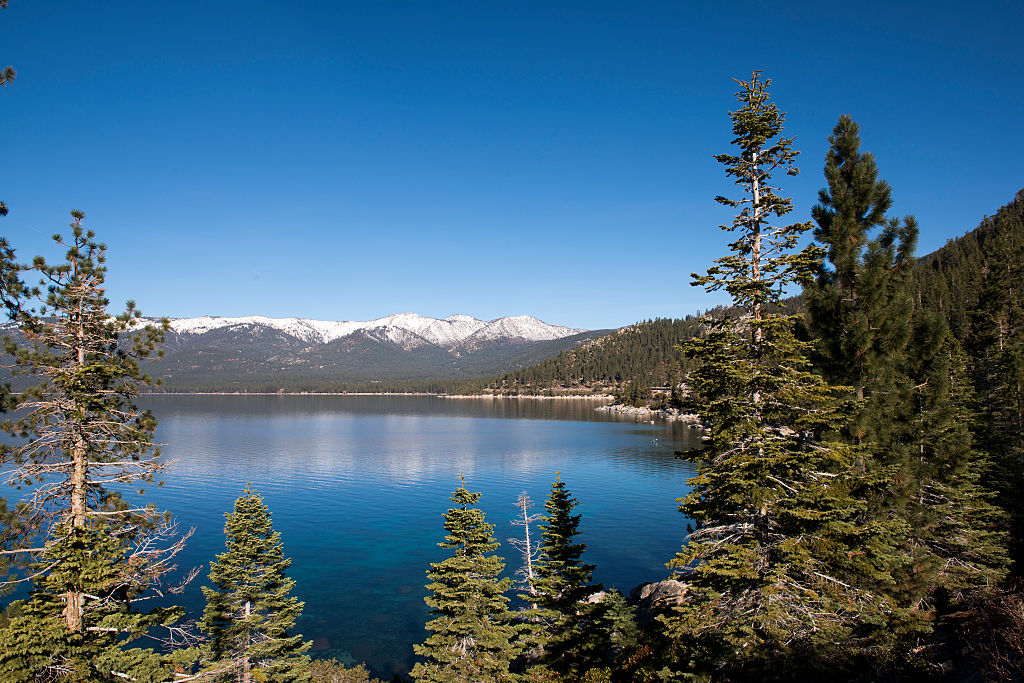