Days before the Sept. 30 deadline to be counted in the 2020 Census, Tahoe communities are seriously underreported. Compared with response rates for the 2010 Census, all Tahoe communities are lagging — and so are many mountain towns across the Sierra Nevada, from Plumas County to Inyo County. Across North […]

Days before the Sept. 30 deadline to be counted in the 2020 Census, Tahoe communities are seriously underreported.

Compared with response rates for the 2010 Census, all Tahoe communities are lagging — and so are many mountain towns across the Sierra Nevada, from Plumas County to Inyo County.

Across North Tahoe, just 28 percent of homes have responded to the census. That’s down 14 percent compared with 2010. Meanwhile, the overall response rate for the state of California is 68.7 percent.

Zoom in further and you can see a more nuanced picture. In Tahoma, a neighborhood on the West Shore, only 12 percent of households have responded to the 2020 Census. In Tahoe City, 23 percent of homes have completed it. Same goes for Kings Beach. Truckee has a 35 percent response rate and South Lake is at 32 percent.

A source of tension is how the numbers just don’t match what Tahoe residents are seeing every day.

Anecdotally, Tahoe has only grown since 2010, and especially this year. Many people are visitors. But there’s also been an influx of people retreating from the cities to homes in the mountains, sparking a massive real estate boom. NPR called Truckee a “Zoom Town” because so many people have moved here in the pandemic now that they can work remotely. The number of homes sold in Truckee is up 55 percent compared with last year, according to Redfin.

If so many people are moving to Tahoe — or living here discreetly — why are so few houses responding to the census?

Tahoe’s always had a large inventory of second homes that wouldn’t get counted toward the area. But there’s more going on, says Emilio Vaca, deputy director of outreach for the California Complete Count Census 2020 office.

For one, most houses in Tahoe didn’t receive any paperwork from the census until June or July.

The U.S. Census Bureau identified rural areas like Tahoe for an operation called Update Leave. Most, if not all, homes along the North Shore of Lake Tahoe receive mail at a P.O. box, and the bureau decided not to send census forms to P.O. boxes. Instead, census workers would drop 2020 packets on the doorstep of those houses. That might have worked out, if the timeline had not run straight into the pandemic. The Census Bureau paused Update Leave on March 18th. Field operations didn’t resume until the beginning of June.

Also, the question itself is asking where you lived on April 1st.

People who just moved to Tahoe will likely have answered the census accurately and reported that they lived in the Bay Area or Sacramento, or wherever their residence was at the time. “I don’t know how the bureau will reconcile that,” Vaca says. What he does know is that trends indicate that if the money doesn’t match the need for local resources, then tax increases typically follow.

Communities like Tahoe that don’t get counted in the census end up losing a lot of money. Vaca says that for every person who doesn’t fill out the census, the area loses a thousand dollars every year for the next 10 years.

“That money is not coming back from the feds to the state to the county,” says Vaca. “So that’s where the implication happens.”

The census connects federal dollars to communities for many things: programs for young children, health clinics, fire departments, fixing roads and sidewalks, improving schools. City planners sometimes use the data to justify development projects, including affordable housing or retail. As Tahoe grows, that data will only become more crucial to bring equitable planning and needed resources.

“It’s understanding and knowing which houses are likely occupied or unoccupied so there can be a good, quick and safe response to any kind of emergency,” Crofts-Pelayo says.  If Tahoe communities were being threatened by a wildfire, emergency responders could use census data to know how many households are going to be impacted and how many people would need to evacuate. “It’s not only about being prepared for a disaster, it’s during and after the response that’s really important.”

Vaca lives in Kings Beach with his wife and three daughters. Participating in the census is a personal mission for him because government funding helped his middle child get therapy she needed to heal from a medical condition that she was born with, hydrocephalus, which is a condition that causes buildup of fluid in brain cavities. Doctors told Vaca that his daughter wouldn’t be able to walk or talk, but because of government-funded health programs, she was able to receive speech therapy and physical therapy that’s helped her make a lot of progress in her development.

“It’s hard to predict what will happen in someone’s life in 10 years. But we do know that in the absence of not being counted, those are resources our area will not receive,” Vaca says. “That’s harsh.”

Like virtually every other Tahoe resident, Vaca says he knows firsthand that his neighborhood in Tahoe has grown. He sees houses on his street that were once unoccupied are now full of people all the time. “It feels like the Fourth of July every weekend,” he says.

The clock is ticking, but there is still a bit of time left before the deadline on September 30. You can complete the census online or by telephone.

We’re launching our very own newsletter all about Lake Tahoe. For weekly updates, interviews and profiles from a Tahoe insider, sign up here.

Thu Oct 1 , 2020
Ina Garten’s 12th cookbook, Modern Comfort Food, comes out in less than one week, and to say we’re giddy about it would be an enormous understatement. It’s full of flavor-forward, feel-good food (think: tuna melts, beef stew, truffled mac and cheese), which, considering the year thus far, is exactly what […] 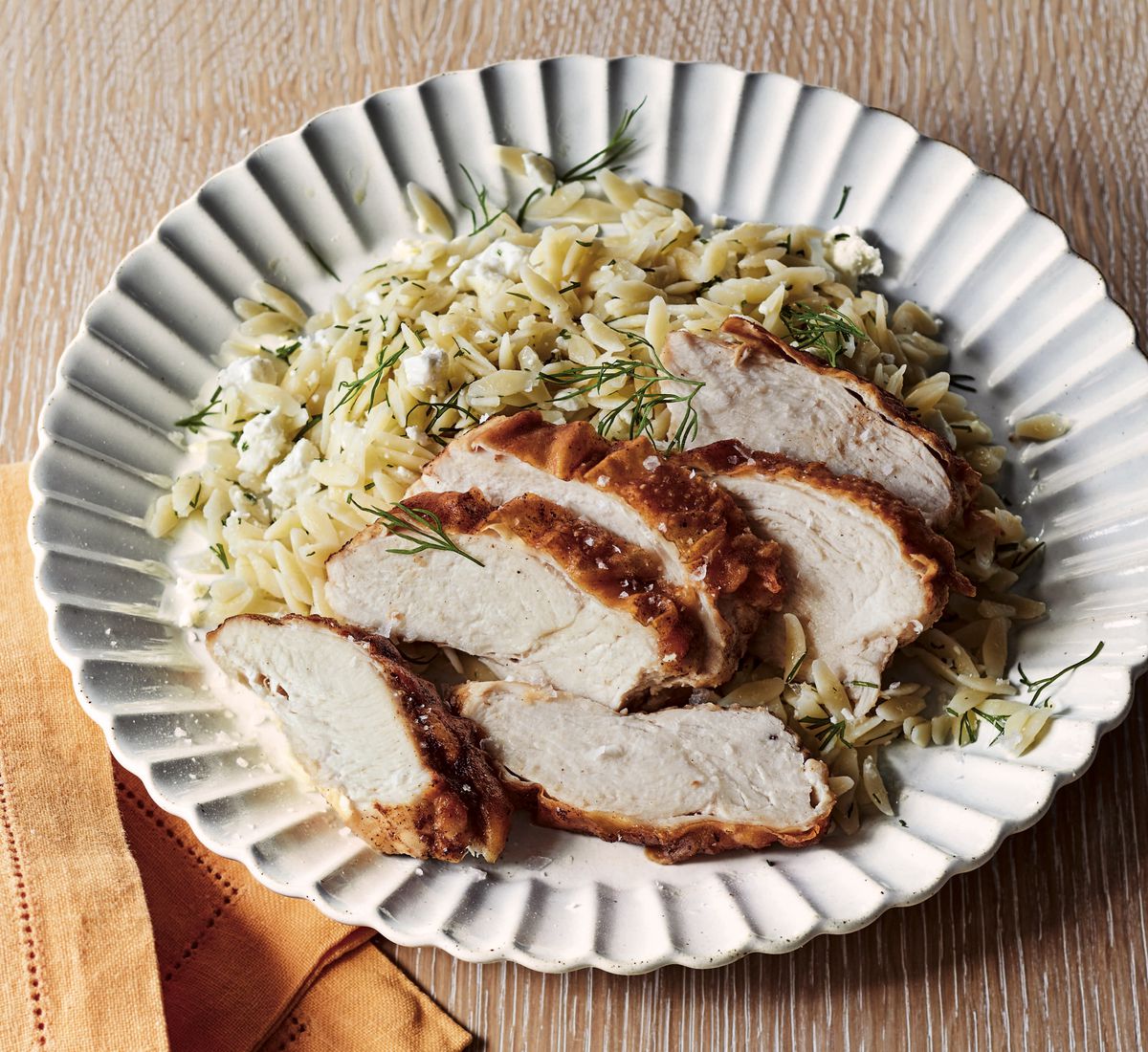