Newly released tax documents from Vice President Joe Biden and his running mate Kamala Harris show how much the duo is paying in property taxes and for interest on mortgages.

Those numbers come from the duo’s 2019 tax returns, which they released Tuesday as the presidential election nears. The returns do not identify specific properties, but they do offer insights into the kinds of real estate holdings Biden and Harris hold, as well as what kind of outstanding debt they have.

In Biden’s case, his 2019 tax documents show that he and his wife Jill Biden paid $17,368 to the state of Delaware in real estate taxes. Additionally, the documents show that he paid $15,796 on mortgage interest and points — a figure that suggests that unlike other prominent and presumably well-off septuagenarians Biden does not own his property outright. 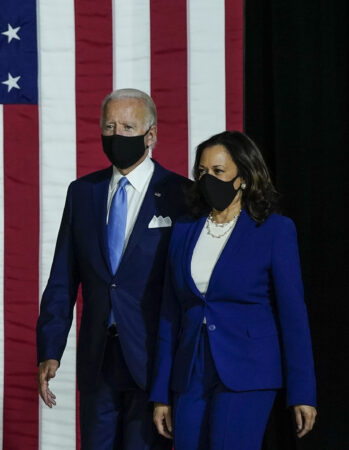 Earlier this year, The Wall Street Journal documented Biden’s life-long proclivity for buying homes — including some he could barely afford. The Journal piece also notes that Biden admitted in his autobiography that from an early age he was “seduced by real estate.”

According to The Journal, Biden currently owns a lakefront home in Wilmington, Delaware, that he built in 1996, as well as a beach house that he bought in 2017 for $2.7 million. The beach house is located in Rehoboth Beach, Delaware.

Harris’ tax documents show that her real estate holdings are more extensive. In 2019, she and her husband Douglas Emhoff paid $58,185 to California in real estate and property taxes. The couple also paid $32,041 in mortgage interest.

The Real Deal reported that Harris and Emhoff own $8 million of real estate, with homes in Los Angeles, San Francisco, and Washington, D.C.

The release of Biden’s and Harris’ documents followed a long-running tradition in which presidential candidates from both major parties publish tax information in the run up to the election.

On the other hand, President Trump has famously refused to release his own tax documents. However, in recent days The New York Times obtained those documents and revealed Trump only paid $750 in federal income tax in 2017. The Times reporting does not include specifics like mortgage interest, though it does note that since 2014 Trump has written off as a business expense $2.2 million in property taxes on a New York estate.

Fri Oct 2 , 2020
The weather is cooling and with the easing of COVID-19-related rules, restaurants are stepping up to offer diners more options for safely eating out. Some restaurants have placed tables outside, while several local eateries have added patios as an option for their customers. “It’s been rough,” said Deborah Dean, who […]