With the arrival of the second wave of the coronavirus pandemic Montreal’s residential real estate market continues to outperform expectations. A sign meaning sold is shown on the west island of Montreal on November 4, 2017. Montreal area home sales rose 14 per cent in September compared with last year […]

With the arrival of the second wave of the coronavirus pandemic Montreal’s residential real estate market continues to outperform expectations.


Sales and price records were set again in September in areas like the West Island, and industry professionals say it’s hard to predict what will happen in the next few months.

“Most of us don’t know,” Lydia Moreyne, a residential real estate broker with Royal Lepage admitted, “because of the uncertain times.”

Baie-d’Urfé resident Yan Locas is happy with the way things are going. His family just sold their house on Winters Street.  He said the sale happened so quickly, he’s still in shock.

That’s just one example of what’s been happening in the West Island since the end of the first COVID-19 wave. An unprecedented number of homes are being sold for $1 million or more.

“Between January to May there were only 35 sales in the multimillion-dollar market,” said Moreyne. “Since then 117 have been sold. In October alone there have been 12 sales already.”

She pointed out that most are sold within days.

The situation is similar across the Montreal region.

Since June the real estate market in and around the city has taken off.

According to a report issued this week by the Quebec Professional Association of Real Estate Brokers, home sales have increased by 42 per cent over last year, and “the median price of single-family homes across the CMA jumped by 21 per cent compared to September of last year to reach $430,000.”

After COVID-19 restrictions eased in early summer, sales skyrocketed. The real estate association wrote in its report that “the real estate market in the Montreal CMA has finally recovered all the transactions lost in early spring due to the COVID-19 confinement measures.”

“September was very hot, even more so than August in some regions,” she said.

She added that people want houses for a change in lifestyle.

“They want to accommodate the whole ‘work from home, play and live’ and in order to do so they want bigger spaces,” she reasoned.

With the second wave, she believes, the same could hold true.

In an email, Charles Brant, market analysis director at the Real Estate Association wrote that regarding the rise in prices, “the association does not foresee a severe market turnaround given the critical lack of properties for sale in many areas of Montreal.” That’s if there isn’t a pandemic confinement similar to what happened in the spring, he explained.

He also said he doesn’t think the level of sales and price growth is sustainable in the short and medium-term. “But given the strength of the rebound of Quebec’s economy, we envisage a soft landing.”

Locas believes he got lucky.

“You work all your life for a house, and now you sold it, and after you can buy a new one and you pay cash! It’s crazy!”

Mon Oct 12 , 2020
SOMERVILLE, NJ – Six days a week customers pick up their mail and drop off packages at the US Post Office, often having to wait for one of the few parking spaces in front of the building on Division Street, an architectural gem that was built in the 1930s under the Work Progress […] 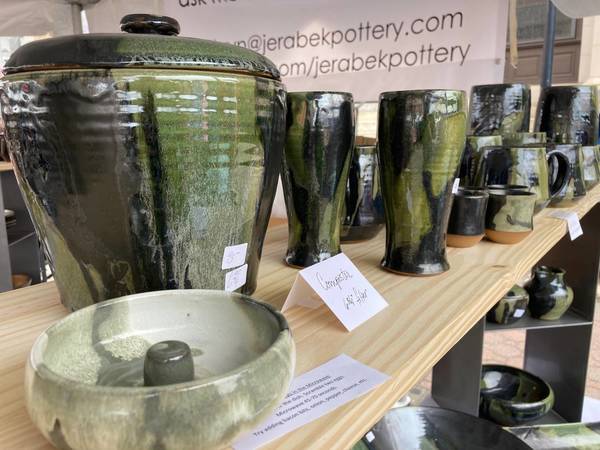