It is 1989 and racial tensions in the US are simmering. Public Enemy have just released Fight the Power on Def Jam, with a video featuring a massive political rally, the Young People’s March to End Racial Violence. Fast-forward 31 years and Public Enemy are back on Def Jam and […]

It is 1989 and racial tensions in the US are simmering. Public Enemy have just released Fight the Power on Def Jam, with a video featuring a massive political rally, the Young People’s March to End Racial Violence. Fast-forward 31 years and Public Enemy are back on Def Jam and Fight the Power, immortalised in Spike Lee’s Do the Right Thing, has been reworked in response to the Black Lives Matter protests that spread across the US and beyond.

The intervening years have seen all the hope surrounding Barack Obama, the US’s first black president, being replaced by the fear and divisiveness caused by Donald Trump. So it is unsurprising that Chuck D is finding it hard to see progress. In his distinctive baritone, Public Enemy’s leader and founder says Black Lives Matter “has made a difference – but you know, it’s a marathon, it’s not the 60-metre dash. To work on systemic racism and all those other ills, man, it is a long hike and you got to continually go at it. It’s a constant counterattack.”

Public Enemy changed the face of rap with black power lyrics and imagery, at a time when the genre was dominated by party rhymes and MC oneupmanship. Socially conscious music, of any ilk, rarely crossed into the mainstream. Over pulverising layers of samples that ensured that the band were as radical sonically as they were politically, Chuck’s lyrics were littered with references to the likes of Malcolm X, Joanne Chesimard (AKA Assata Shakur, who was a member of the Black Liberation Army) and former Black Panther leader Huey Newton – all usually omitted from civil rights lessons in US schools.

If PE’s It Takes a Nation of Millions to Hold Us Back was their masterpiece – number 48 in Rolling Stone magazine’s list of the 500 greatest albums of all time – Fight the Power, from Fear of a Black Planet, remains their single most iconic track, reflected by a surge in streams during this year’s BLM protests.

Chuck said the idea to rework the track came from outside the group, from the likes of Questlove (of the Roots), one of several guest rappers on the new version. “Of course [the protests are] where that energy came from and that energy actually spoke truth to power,” says Chuck, speaking via Zoom from an undisclosed location. “The creative world that surrounds us spoke largely about that and I’d be a fool not to follow that energy, right? Young people are growing up with their parents telling them this is what it meant to them.”

Be prepared for government tricks. They’ll say anything: aliens are gonna visit, an asteroid might hit

The reworked track appears on What You Gonna Do When the Grid Goes Down?, which came out on 25 September. Chuck explains the title of the new album as a warning about the need to be prepared wherever the threat comes from – be it Covid or the US president. “In the United States, it was like – be ready for government tricks on the way to selection or election, because they’ll say anything in this administration, you know. Aliens are gonna visit, an asteroid might hit. The grid goes down and your phones don’t work so that disrupts voting. So that was where that question came from.”

Throughout the interview he refuses to utter Trump’s name – as on album track State of the Union (STFU), a polemic against the White House incumbent, he refuses to utter Trump’s name. Talking about Covid, its disproportionate effect on black people and the president’s response to it, he says: “Of course, you get concerned about it. This guy has the governing power over 300 million people and also a presence in the world. The dude has been a running joke. You know, he was just a half-baked celebrity real estate hypocrite from New York City that I kind of had known a large part of my adult life. To see this guy end up in the seat of responsibility was a call to arms the minute he got in there.”

The album features a roll call of Public Enemy’s rap contemporaries from the late 80s and early 90s: Run DMC, Daddy-O of Stetsasonic, Ice T and Parrish Smith (of EPMD) and the Beastie Boys. But it is not just a nostalgia trip. It is difficult to imagine any of the early Public Enemy albums ending, as this one does, with a soliloquy by a “powerful, influential, unapologetic” black woman, Ms Ariel – a conscious decision, says Chuck, to honour black women’s often overlooked contribution to the movement for racial justice.

Women have long suffered from their depiction in some rap. Public Enemy’s decline in popularity coincided with the rise in gangsta rap, which Chuck has long decried – on the new album, Rest in Beats criticises rhymes about “ghetto studio and crime” – although it is also generally accepted that the group’s creative peak was in the late 80s/early 90s. Now aged 60, Chuck appears content to be an elder statesman of rap and unbothered that the group may not be in fashion.

“Everything goes in a cycle, but everything has its time,” he says. “It doesn’t stop you from doing the art you feel you have to do. Once you feel you’re doing art and you feel like you’re in a rat race to try to hawk your art on the corner, then you’re in another category of what art is.”

It is a cycle that has taken the group back to Def Jam after a hiatus of more than two decades, an occasion they have marked by reworking another classic jam, Public Enemy Number One (renamed Public Enemy Number Won), the track that got them signed to the label 34 years ago. “What Bob Dylan is to Columbia is what Public Enemy is to Def Jam,” says Chuck.

After decades of independent releases, Chuck says the decision to return to their original label was at the behest of his rhyming partner, Flavor Flav, after the “hoax” involving Flav being fired from the group earlier this year. Ostensibly, the spat – which Chuck later claimed was a publicity stunt – was over Flav’s complaint that Chuck used the Public Enemy name while appearing without him, Flav having refused to join him at a Bernie Sanders rally.

However, when it comes to Flav – the clown prince who provides the levity to the serious message espoused by Chuck, and who has sometimes brought unwelcome publicity with his reality show antics and drug problems – things are never simple. “I mean what other way are you going to hear from Flavor if it’s not going to be creative?” asks Chuck. “It’s got to be creative, it can’t just be Flavor doing a whole bunch of dumb shit. So this is a way to reintroduce him into the working mode. But I had also come up with a compromise that, OK, listen, it won’t be independent, it will be in a place that, you know, that we have to agree on and Def Jam happened to be that settlement.”

He jokes that his future involves “building a good relationship with Flavor for the next 10 years, which takes a lot of work, bro”. At one time, there were even rumours Flav was a Trump supporter, although State of the Union (STFU) seems to have put paid to that. And for all his patience with his bandmate down the years, it is difficult to imagine Chuck would tolerate that.

When asked what the consequences of Trump winning a second term would be, Chuck simply replies: “Fascism.” He is clear that many people know exactly what they are voting for: “You’ve got people who love fascism and you’ve got some people who won’t admit it but they love racism.” But Chuck shows no sign of quitting the fight. “When I decided to do this in 1986, I said, ‘OK, I’m gonna do this for the long haul.’ Now, did I say, ‘I’m going to be doing it when I’m 60 and 70’? How are you gonna say that when you don’t even know how long you gonna live? So I would just say I’m gonna do it until I don’t want to do it. I love rap. I’m just, you know, amazed I’m a part of it.”

• What You Gonna Do When the Grid Goes Down? by Public Enemy is out now on Def Jam.

Mon Sep 28 , 2020
Amazon Prime Day is fairly new on the sale scene and yet, it’s giving Black Friday a run for its money already. This year’s event is scheduled to start at midnight on 13th October and we’re poised and ready to find all the very best gardening-based discounts for you. From […] 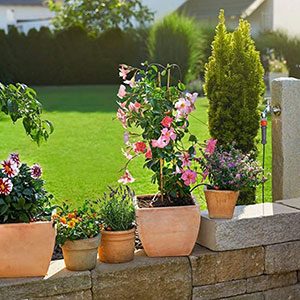