Our favorite rat, Remy from Ratatouille, once said: “If you are what you eat, then I only want to eat the good stuff.” We feel the same way, and thankfully, the good stuff can be found in a lot of places. However, one of the most accessible, fun and family-friendly […]

Our favorite rat, Remy from Ratatouille, once said: “If you are what you eat, then I only want to eat the good stuff.”

We feel the same way, and thankfully, the good stuff can be found in a lot of places. However, one of the most accessible, fun and family-friendly places in which the really good stuff is found is in Disney Eats.

Disney Eats is one of the newest cookbooks from Disney Books and contains more than 150 recipes. Written by the multi-talented and ever-so-creative Joy Howard, Disney Eats will inspire first-timers and top chefs alike to prepare food that is not simply good to look at but is also mighty tasty.

From healthy snacks like a Minnie Mouse-inspired crudité platter and savory dinners such as Mulan’s Blossom Stir-Fry and Disney-character bento boxes, as well as quick-and-easy treats like Frozen Banana Dalmation Pops, Joy shows us that the possibilities are endless, and that – as Gusteau would remind us – anyone can cook.

Bringing that spark not only to the kitchen but also to Laughing Place, I was delighted to chat with Joy about all things food, Disney and the joy of creating with others.

Jess Salafia Ward: Joy, thanks so much for chatting with us here at Laughing Place!

Joy Howard: Thank you for inviting me.

JSW: From political journalist to freelance foodie, you have had an interesting and delicious career! Tell us a bit about how you arrived at this point and what you have learned along the way.

JH: Yes! I’ve definitely worn a lot of different hats. I would have never gotten to where I am without first becoming a journalist. I started out as a writer at newspapers which then took me to magazines, and it was my magazine work that brought me to food. The last staff position I held was as a food editor—a job I’d never imagined having years ago when I was just starting out. Being a journalist and developing recipes—which I do often—have more in common that you’d think! Curiosity, accuracy, and reliability are the cornerstones of both. To do each well you have to ask the right questions, keep good notes, and take seriously that readers rely on you to get all the facts right.

JSW: You have worked on food projects for many different organizations. How did the Disney Eats project come about?

JH: I was approached by the Executive Editor at Disney Publishing, Patricia Van Note, about working on a few projects and this was one of them. It was an exciting opportunity, not just because it was a part of Disney, but also because it gave me the chance to work in lots of different capacities: recipe developer, art director, and food stylist.

JSW: Have you always been a Disney fan?

JH: Absolutely! There are so many wonderful and imaginative characters and narratives that are a part of the Disney universe; and going to the parks as a kid was definitely one of my most memorable childhood experiences.

JSW: Who is your Disney favorite character and why?

JH: It’s so hard to choose one! If I absolutely have to, I think I’d say Remy from Ratatouille. His passion for cooking and the joy he finds in making meals for others is something I identify with closely.

JSW: Do you have a general process for writing and assembling a cookbook? Did the process differ much, if at all, for the Disney Eats project?

JH: Having a highly organized plan for a book-sized project is a must—particularly when there are tight deadlines to meet. I wouldn’t say that I did anything different for this project, but being super strategic about how and when I could get different aspects of the project complete were essential.

JSW: The Disney Eats recipes are great fun for kids and adults alike. (I plan on roping my husband into the kitchen with me to at least make some Alien Toast for Two or Baymax Cocoa!) How did you decide which recipes to include? And how many times did you re-watch the films to solidify the inspiration behind each dish?

JH: There are so many characters and stories to choose from, it felt overwhelming at first to try and pick which to include. In the end, it was a mix of characters that I felt most inspired by and ones that are the most popular among fans. Some existing ideas were added in as well. It would be impossible to be comprehensive, but I did try and make sure that the most recognizable characters or stories were represented at least once in the book. I didn’t watch a ton of full-length features while I was working, but I definitely looked at video-clips and pored over character imagery non-stop while I worked on recipes.

JSW: You mentioned that some recipes were shared by chefs from Disney Parks restaurants. What other resources did you look to for inspiration in writing and assembling Disney Eats?

JH: The Disney Family website has a ton of great ideas for food and crafts, and some of the best ones are also a part of the book. In addition to just digging into the stories and characters that I wasn’t familiar with, I drew a lot from my own inspiration and experience with Disney, as well as that of my kids. There was lots of testing and experimenting going on in my kitchen too!

JSW: I must confess, this is my very first cookbook. However, you include a great playbook and helpful tools which gives me confidence knowing that I can make some of these dishes despite being relatively inexperienced in the kitchen. Was having a broad audience – from first timers to experienced cooks – important to you in writing this book?

JH: Yes, definitely! Knowing the universal appeal of Disney, it was important to me that the recipes would be easy enough for just about anyone to make, no matter their level of experience. Even though I’m a professional cook I can relate to the frustration of a technique being too complicated or time consuming, or to having a hard time hunting down a specific ingredient—especially right now when even some everyday items can be scarce. I wanted fun to be at the center of all of the recipes in the book, and you can’t have that when they’re impossible to execute.

JSW: Disney Eats is filled with so much “Joy” – not only due to your recipes and how much fun you make cooking appear, but also thanks to the heart-warming introduction by Joy Wilson aka Joy the Baker. What do you consider the most joyful aspect of this book?

JH: The visual recipes that resemble characters or specific themes are a lot of fun. But more than anything, I think the joy in all the recipes comes from the opportunity to make and enjoy them with others. It sounds cliché but I firmly believe that about cooking in general.

JSW: Was Disney Eats inspired by anyone in particular?

JH: I wouldn’t say it was inspired by any individual person, but my daughters are big fans of many Disney characters and they are definitely part of the book, as are the many artists and storytellers responsible for creating the characters that are represented.

JSW: What is your favorite Disney Eats recipe and why?

JH: I’m going to cheat here and pick a few. I love the Eeyore Pancake Stack for its simplicity and just how spot on it is in terms of looking like the character. It makes me smile every time I see it. I also love the Cruella Cookies, which are also really easy to pull off and visual striking. The Lady and the Tramp Sheet Pan Meatballs and Gravy draws on a recipe that I make frequently at home—it’s sort of a go-to recipe for me when I’m craving easygoing comfort food.

JH: It’s a pretty big collection, so staying organized and on schedule was probably the biggest challenge in putting the book together. It was an enormous help to be surrounded and supported by so many talented people throughout the process, and I could not have pulled it off without them. The most rewarding part is seeing all the parts come together for the first time in book form. I don’t think there’s anything more exciting than that!

JSW: Can we look forward to more books from you and maybe a Disney Eats series?

JH: That would be amazing! Nothing is in the works right now, but I’d love to write another book.

JSW: Besides a tasty snack, sweet occasion, or scrumptious feast, what do you ultimately hope readers get out of Disney Eats?

JH: That cooking can be a great creative outlet and that it’s a worthwhile endeavor even if the end result is not Instagram-ready!

Disney Eats is now available from most booksellers.

Jess Salafia Ward is an Aussie, an attorney and a die-hard Disney fan. She grew up in a city not too far from P. Sherman, 42 Wallaby Way, Sydney; and she still enjoys dancing around in Snow White pajamas and serenading her family members with Sleeping Beauty’s “Once Upon A Dream” (though, unlike Princess Aurora, she is not blessed with the gift of song). Jess is an Elvis-lover like Lilo, and when she doesn’t have her nose stuck in a book, she delights in sharing with fellow fans all things Disney, books, movies and history.

Thu Oct 8 , 2020
Everybody knows diversification is an essential strategy for building a successful investment portfolio. By spreading your money out across different assets and investment vehicles, you minimize the risk associated with any one investment, enabling your portfolio to weather a lot of storms. Or at least that’s the theory. For over […] 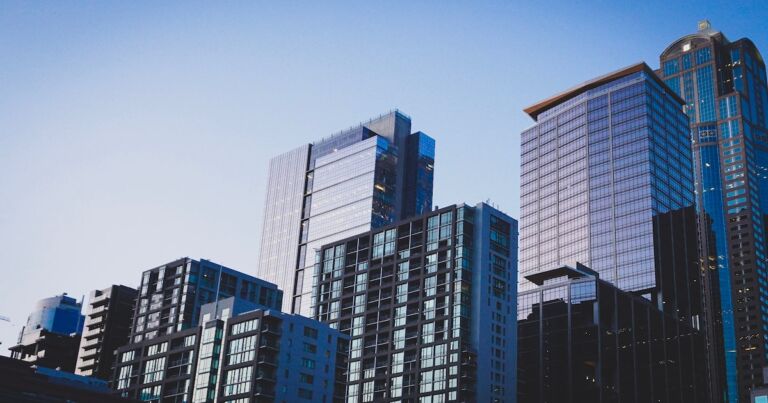