KEY POINTS Trump had wanted to start campaigning again this weekend, 10 days after his COVID-19 diagnosis Doctors warn patients in the second week of the disease can take a rapid turn for the worse Trump has exhibited a cavalier attitude toward the disease that has killed more than 213,000 […]

President Donald Trump, who lost a week of campaigning to coronavirus, may be planning a second superspreader event at the White House: a gathering of hundreds on the South Lawn of the White House to hear him talk about law-and-order issues.

Trump, who was sidelined after being diagnosed with COVID-19 last week, was expected to address the crowd from a White House balcony, sources told ABC News.

A Sept. 26 Rose Garden event at which he formalized his nomination of Amy Coney Barrett to the U.S. Supreme Court was believed responsible for dozens of infections. Most of those who attended failed to wear masks or practice social distancing.

Dr. Anthony Fauci, the nation’s leading infectious disease expert, told CBS radio Friday there was little doubt there had been a “superspreader event at the White House.”

Trump spent last weekend at Walter Reed National Military Medical Center and was treated with two experimental drugs and the powerful steroid dexamethasone. The first thing he did when arriving back at the White House Monday evening was remove his face mask. He also issued a statement underscoring his attitude toward the virus, urging Americans not to let fear of the virus “dominate” them.

White House and campaign staff workers expressed concern Saturday’s event would reignite criticism of Trump’s handling of the pandemic. As of Friday afternoon, COVID-19 had killed more than 213,000 of the more than 7.6 million Americans who had been infected since March.

White House physician Dr. Sean Conley said in a statement Thursday he expected the president to be able to return to public life Saturday “based on the trajectory of advanced diagnostics.” Conley has been criticized for not being transparent about the seriousness of Trump’s illness.

Trump had hoped to start holding campaign events this weekend and announced rallies in Florida for Saturday and Pennsylvania Sunday. White House press secretary Kayleigh McEnany said, however, there wasn’t enough time to set up the events while outside medical experts said the danger of infecting others was still too great and also could wind up worsening Trump’s condition.

“No, I would not clear him to start public engagements on Saturday,” Dr. Phyllis Tien, an infectious-disease physician at the University of California, San Francisco, told the New York Times. Experts note patients can take a rapid turn for the worse during the second week of illness.

Tien said based on the treatment Trump received, his case was severe, and he should remain in isolation for 20 days after the onset of symptoms, not just 10.

Outdoor learning: Would you like to see your school doing more?

Sat Oct 10 , 2020
Getty Images A group of organisations is asking MPs to look consider more outdoor learning for children to try and improve wellbeing while the coronavirus pandemic continues. The leaders of 32 environmental and youth-focused groups, including The Wildlife Trust and National Youth Agency, say that nature has provided “immeasurable comfort” […] 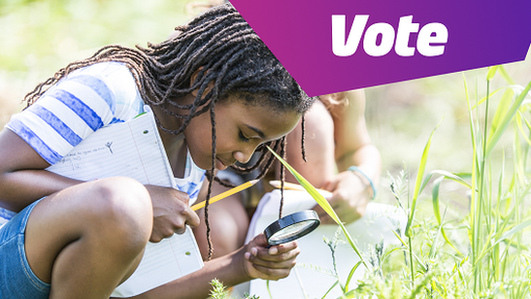