When Kmart opened its Invercargill store, shoppers slept in the car park to be first through the door. They were still pipped at the post.

Welcome to the cult of Kmart.

The discount retailer opened its first New Zealand store in 1988 but its popularity has soared in recent years, largely driven by the rise of social media.

READ MORE:
* Shoppers queued up from early morning to be the first to shop at Kmart Invercargill
* Kmart latest to announce plans as big stores turn backs on Christchurch malls
* Kmart sales fall on weak womenswear sales and DVD exit

While New Zealand groups boast tens of thousands of members a pop, the numbers climb into the hundreds of thousands across the Tasman.

But what is Kmart’s appeal?

Affordable, on-trend products, according to the women behind two of New Zealand’s biggest Kmart Facebook groups.

Tarsh Peck started the Kmart and The Warehouse Hacks and Decor NZ group in January and its membership has already topped 50,000.

The majority of posts were Kmart-related.

“I think it’s really taken off because they’ve got really nice homewares without the hefty price tag.

“After all we’ve been through this year, people can still pick up something nice from Kmart without spending too much.”

Peck said the coronavirus lockdown had given people more time to think about how they kitted out their homes.

When restrictions lifted, many made a beeline for Kmart.

“I think people watched shows about renovation and tidying up their homes and a lot of them had a lot of great ideas for doing it on a budget,” she said.

Those shows, like The Block, House Rules and Tidying Up, have made interior designers of the masses.

Kiwis have learnt to layer textiles, style a dining table and revamp a room in a weekend. And Kmart makes it not only easy but – crucially – cheap.

But it’s the ability of Kmart’s buyers to spot knock-off versions of high-end items that are virtually any different which is where the store really stands out.

The quality may not be quite the same but at bargain-basement prices, new items fly off the shelves, particularly this year.

A Kmart spokeswoman said the way people shopped had changed since the outbreak of coronavirus.

“Over the last few months, we’ve seen families really adapting to this new way of life at home and purchasing behaviour has certainly reflected this.”

Household appliances and kitchen items were in hot demand and the company was working hard to restock as popular items sold out, she said.

And sell out, they do – some within hours of hitting the shop floor.

But Kmart fans have each others back.

Helen Bowden, founder of the Kmart Mums NZ Facebook said there was a real sense of community among its more than 66,000 members.

“Some people in the group work at Kmart and they can give us a heads up when things arrive or are restocked,” Bowden said.

“Mums tend to trust other mums, too, so people will ask if anyone has seen a product and is willing to purchase it for them.”

The group launched in 2016 and although not all of its members were mums, many were now friends, she said.

“It took off quite quickly and it’s just getting bigger every year. I have a couple of friends who help me manage it, approving posts and moderating.

“There’s a lot of activity, especially at the weekend, and it feels crazy some days.”

While Bowden said her air-fryer topped the list of her favourite Kmart purchases, self-declared “OCD clean freak” Peck was a fan of its organisational products.

“I’ve organised the linen cupboard and the kitchen. We get a lot of posts on the page from people who’ve organised their pantries because you can do it really beautifully with Kmart products.”

For Peck, there was also a sense of nostalgia to shopping at Kmart.

“I’m a bit older so it kind of reminds me of old school Deka. There’s so much there, it’s great to just go in and have a look around.”

Tue Oct 13 , 2020
A Cleveland school levy on the Nov. 3 ballot and economic strains caused by the coronavirus pandemic dominated a discussion among downtown property owners at a recent Crain’s forum. During the hourlong program on Tuesday, Oct. 6, real estate developers Doug Price and John Carney expressed frustration with a softening […] 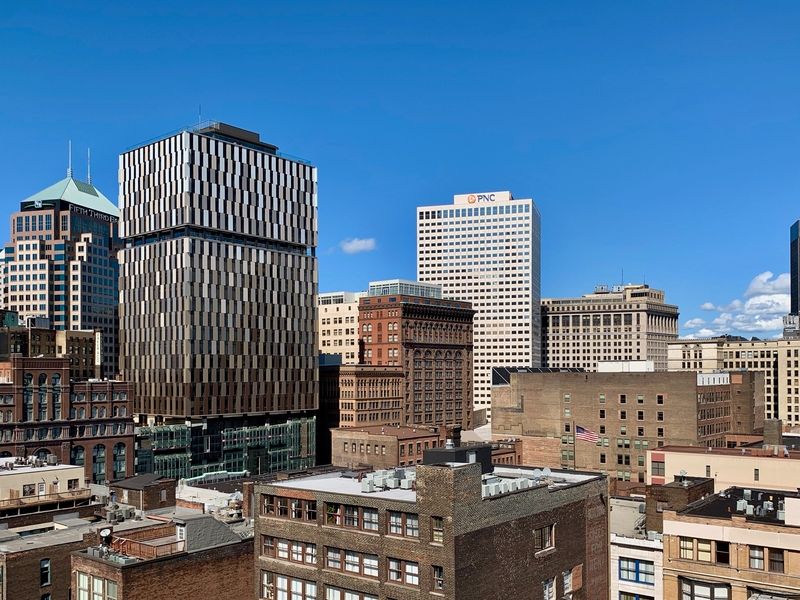