WeWork Viewpoint Seattle WeWork Until there is a vaccine or treatment for COVID, working inside with a large group of people is too great a risk for many. But WeWork, which has had more than its share of growing pains in recent years, may have a solution or at least […]

Until there is a vaccine or treatment for COVID, working inside with a large group of people is too great a risk for many. But WeWork, which has had more than its share of growing pains in recent years, may have a solution or at least a partial one, to this problem. More than 150 of their 843 locations have outdoor spaces ready to facilitate meals, group meetings, and individuals.

“Our approach to developing our future of work plan focused on maintaining a safe and comfortable experience for our members and creating flexible solutions for the near and long-term,” Ebbie Wisecarver, head of global design tells me. “In a time when fresh air is more valuable than ever, we’re happy to offer our members access to spaces that provide the chance to work productively from both indoors and outdoors.”

While many offices have shut down, WeWork locations have remained open during the pandemic. To make working both indoors and outdoors as safe as possible, various changes were implemented. “Depending on the layout of the outdoor space, there may be furniture removed or tabletop vinyls and signage placed to indicate available socially distanced seating and sanitization stations readily available throughout the space,” says Wisecarver.

While WeWork doesn’t have a standard outdoor layout or design, for the most part, these terraces and patios have a cool, modern aesthetic. It’s exactly what one would expect. “Each outdoor space is designed to uniquely respond to the surrounding neighborhood and context, as well as the design of the lounge space,” Wisecarver explains. “In general, we look to strike a balance between function, providing a diversity of work spaces to support different work styles, providing plants and greenery which have been linked to better productivity, as well as shade and weather protection as needed for the climate of the location.”

In general, each space has a mix of seating types from backless benches to lounge chairs and dining chairs along with a variety of tables. This allows various groups to use the space simultaneously.

Some spaces are more unique because they feature million dollar views like Viewpoint in Seattle, which sits along the Puget Sound. Contemporary sofas with grey cushions, coffee and bistro tables, as well as trendy black accent chairs create an upscale work environment. There’s even a fire pit.

Off to the side are long communal tables, while individual lounge chairs are stationed far apart under a black shiplap cover. There’s even supplemental lighting to accommodate working outdoors on a cloudy Seattle afternoon.

Some WeWork locations offer amenities beyond seating, such as Aventine in San Diego. Considering the exceptional year-round climate of the city, it’s a big draw.

While the pool is available to all tenants in the Aventine building, many members take advantage of this amenity. There’s also an outdoor tennis court.

An Imperfect Solution To A Major Problem

WeWork’s outdoor spaces provide an alternative to working inside, but it’s far from ideal, especially in colder climates. “In locations where outdoor space is more seasonal, we’re planning a similar approach to how we have adapted all of our locations and are thinking through how we can best utilize the outdoor space in the colder months,” says Wisecarver.

While commercial portable heaters, much like the ones used by restaurants could help on colder days, they’re still no match for extreme temperatures, rain, and snow.

Several years ago, Lindsay Tigar, freelance journalist and content strategist, lindsaytigar.com, was a member of WeWork in Bogota, Colombia, where she used the outdoor space on occasion. “It’s actually rather chilly in Bogota, so it just depended on the day/weather. They also didn’t have plugs outside so I could only work until my laptop lost its battery.”

While some locations have outlets and many WeWork onsite mangers are currently providing external battery packs, this still doesn’t solve every problem. If Tiger were living still in Bogota, she says she still couldn’t work outdoors exclusively. “It can be very loud when you’re trying to take calls!”

The other problem is that these spaces aren’t true outdoor offices with proper desks and padded chairs. It’s clear ergonomics weren’t a priority in the original designs because prior to COVID, most people wouldn’t consider working outside for hours at a time.

Do We Want To Work Outdoors?

Furthermore, just because the space is available doesn’t necessarily mean it will be utilized, even during COVID. Christina Maddaluna, a marketing associate, works at One Glenwood in Raleigh, North Carolina. This location has two outdoor spaces— one for eating and one designed for co-working. While she’s only been there for the summer and doesn’t go into the office every day, Maddaluna has observed that the outdoor office space hasn’t been too busy. While people eat lunch and get fresh air, it’s too challenging to work outdoors. “It’s just so hot here,” she shares.

In Denver, it’s a similar situation with a different climate. Bri Rios, co-founder of Chatter Club works at WeWork Tabor Center. “We started using the outdoor space in the afternoon and to take meetings out there when they were in-person.”

The terraces aren’t exactly busting and are only usable for part of the year. “The space is still pretty empty with hardly anyone coming in and the outdoor space is never used. Now, that Denver had it’s first snow this week, I think the outdoor space will be vacant for the rest of 2020,” says Rios.

Still, WeWork’s outdoor spaces are certainly an option, especially as warmer climates start to cool down for fall. With less people indoors and enough diligence, it’s certainly possible to have a safe, productive working environment. But whether or not that turns things around for WeWork remains to be seen.

When your dream job is made of Real Sweet Treats 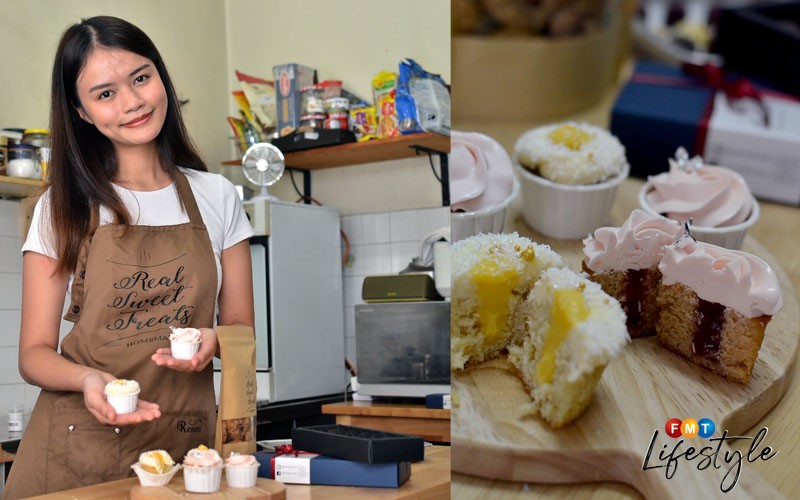